Over the last few weeks, Google has released a number of big updates.  Most notably has been the Google +1 Button (Plus One) and the Google + (Google Plus) social network.  In the shadow of these updates, Google has removed some of their features in preparation of their user experience/site design changes.  Two of these include the Wonder Wheel and Google Realtime.  For those of you who are unfamiliar with these features, let’s review. 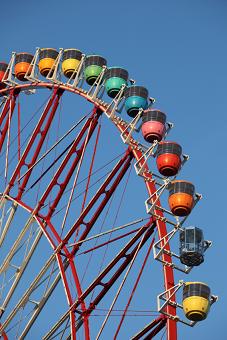 A Review of the Past

Google Realtime displayed a series of Twitter updates as a constant stream, “…as (they) became available.”  It was also displayed as a column in the News area.  This is understandable, as the deal between Twitter and Google ended on July 2nd.   The last update of the @googlerealtime account was a link to Danny Sullivan’s article at Search Engine Land.  Vanessa Fox reports that Google spokesperson Gabriel Stricker contacted Search Engine Land, stating that the disabling of Google Realtime is only temporary, in an effort to incorporate its features into Google+.

Google’s Wonder Wheel has been a favorite in the SEO circles, as a visual relation between search terms.  The hub-and-spoke diagrams gave users an interactive interface into the relation of keyword phrases.  Each topic, when clicked, would then reveal more related topics, and so on.  While this functionality was very useful to marketers and advertisers, it had limited application for the average user.

Many of us in the SEO industry were surprised at the sudden disappearance of these features.  While this didn’t have a direct impact on rankings, there might have been an indirect impact.

Internet Marketers constantly looking for a fast way to the top of Google’s rankings no doubt saw the Wonder Wheel as a convenient method for finding related search terms.  The removal of this tool could be seen as a regression, where site owners and content generators have to find another method for identifying related terms.  Then again, they could do it the old fashion way and open a thesaurus.  Perhaps our readers would like to chime in on the impact Wonder Wheel has had on them and their SEO adventures.

As for Realtime Search, this is a minor setback for Google.  While Google used Twitter to find breaking news and articles, they won’t be dependent on tweets.  With the addition of Google +, Google will be able to generate real-time results from their own social network.  However, the popularity of their new social network is yet to be determined.  Will this simply be clumped together with the other social networks, or will Google+ stand out?

While there is speculation as to the future of these features, there have been no official announcements or timelines as to when they will return.  How many of you, faithful readers, are missing these features?